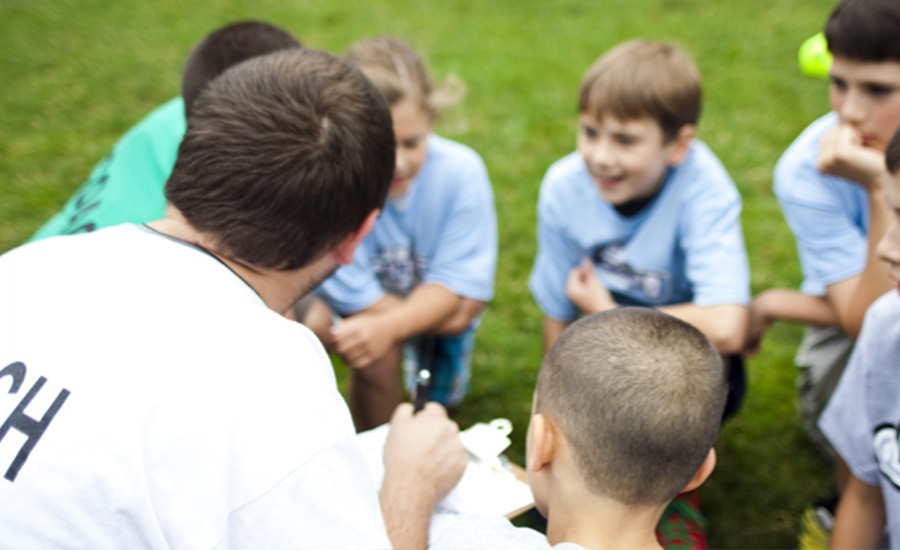 Sports push us to the brink, and when we stand on the edge of that precipice, all charged up with purpose and passion, the unexpected happens: a golden moment. We’ve asked everyone from recreational-league enthusiasts to accomplished athletes to share their golden sports moments. Surprisingly, these recollections rarely resemble anything you’d associate with a highlight reel: a game winning three-pointer, a grand slam home run, or an overtime goal scored. Instead, they’re almost always about friendships, relationships, and the connections made, about the people who supported them when times were tough, encouraged them to face their challenges, and helped them learn and grow.

During a recent parenting workshop, a former NCAA Division I running back stood up to share his golden moment. Everyone expected to hear about a stirring nationally televised victory or a thirty-yard breakthrough touchdown run. But instead, as this hulking man teared up, he too spoke about connection and second chances.

College had been a diffcult time for him. In high school he was a superstar, and everything had come easily. On the field and off he’d been successful and immensely popular. Now, on a bigger stage, away from family and friends, things fell apart. He underperformed on the field and in the classroom, and the failure he’d never experienced before gnawed away at his insides. In practice he had diffculty following the complex new playbook. He missed openings, misread the defense, and dropped easy passes. Angry and frustrated, he acted out. There were shoving arguments with other players, smashed lockers, and flipped massage tables. His bad attitude and childish locker room antics caught the attention of his coaches, and an argument was made for cutting him from the team.

“My coach could have cut me,” he recalls. “I’d given him ample reason.” Instead the coach separated the behavior from the being. He saw the core person, whose pain was stifling his potential, and he talked to the boy. Counseled him. He reprimanded him repeatedly for his misbehavior and set boundaries. “You can’t act that way,” he said. “You’re better than that!” This mixture of firmness and acceptance made all the difference.

There is nothing worse than being judged by your behavior when it is at its most raw and unresolved. To have someone look beyond it is an amazing gift.

The lesson and values this coach taught this player lives on in his own parenting: “Being treated that way gave me the ability to look beyond my boy’s tantrums and bad behavior. I still say, ‘Hey! You can’t behave that way.’ But I don’t get caught up in the raw emotion. I tell him, ‘You’re better than that. Something else is going on. No. Don’t shout and scream. Tell me what’s up.’ It’s made all the difference.”

Shift your focus. Stand on the bedrock of healthy experience rather than the thin ice of unresolved past experiences:
Pause. Think about and recall a golden moment from your own play, game, or sports experience. A beautiful, uncomplicated memory. Picture it in your mind. Dwell in it and savor it.
Then describe it. Think of three reasons why it was golden. For example, was it the moment a friendship was made? Was it because someone took time with you or maybe someone recognized your sincere efforts even though you lost the game?
Think about how you can help create such an experience for your child. Can you help build such memories for your kids? Can you help them to build their own memories by being present and creating opportunities for them to experience their own golden moments? ♦