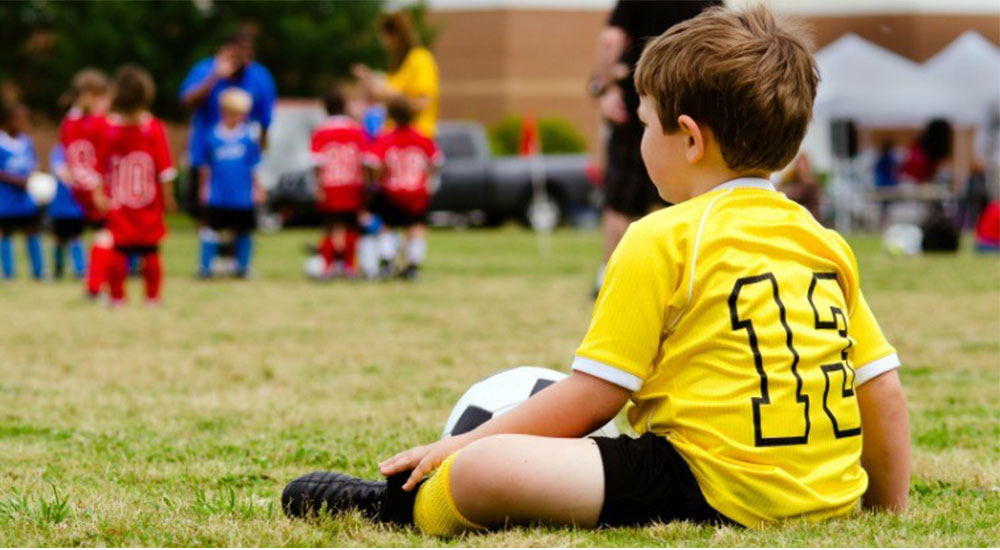 Question: I’ve always thought sports were about winning. That’s what I was taught. That’s why we keep score. Now I’m told kids can be successful without winning, and everybody gets a trophy. Other parents seem really comfortable with that. My kids are like me. They want to win. We feel bad when we lose. Where do we fit in?

Discussion: You seem to be the type of person who sets high personal goals, and that’s good. You are not easy on yourself. You are motivated and have high expectations. That’s okay, too. But you bring up an extremely important issue in youth sports: the narrow focus on outcome. Let’s start by trying to expand the term winning. The truth is that final results are reductive. The game is over. The score was 5–2. One team won; the other lost. End of story. Right? Well, no. Not really. Winning is definitely important, but the final score is too narrow an indicator for success. Our obsession with final results can mislead us.

We have found that the most successful coaches, teams, and programs are driven by different principles of success. Winning is a by-product of their efforts, not the main focus. Top-level coaches break down success and failure. They look hard at wins and losses to see what was done well and what wasn’t. Then they build practices around this information. It’s a basic educational principle: You recognize your team’s weaknesses and work on them, and you celebrate its strengths and build on them.

As a society we don’t celebrate mistakes enough. In fact, we often cower from them. But mistakes and losses provide a solid foundation for growth and long-term improvement, which should be our ultimate goal. Perhaps legendary UCLA basketball coach John Wooden put it best: “Let’s face it, we are all imperfect, and we are going to fall short on occasion. But we must learn from failure, and that will enable us to avoid repeating our mistakes. Through adversity, we learn, grow stronger, and become better people.”

Kids play sports for two reasons: to have fun and to learn. If their primary focus is on “winning at all costs,” they will have difficulty enjoying themselves, win or lose. The pressure they feel ultimately deflates their enthusiasm. When the fun’s gone, thoughts of quitting loom large.

Learning has an even weaker correlation with winning. Let’s break this down so that when you watch a game you can see that your daughter’s key successes actually have very little to do with the final score. She’s a developing athlete, so if her team loses 5–0 but she’s made some really good passes or fired off her first-ever shot on goal, she’s had a superb game. She’s a winner. There are myriad ways to define individual success during a game, none of which directly relates to the outcome. If your child improved his shot percentage, or made more assists than ever before, or gained good yardage for the First time, these are major victories and should be celebrated as such.

The truth is we cannot control final results. We can influence them by practicing hard and playing with zest, but a bad call or an untimely injury can change the outcome in a split second. What matters much more are the lessons that are being learned by the children playing these games. And remember, they are games—just games. Kids are at play here. They are learning and developing skills and, we hope, positive character traits. But they are not defined by what the scoreboard flashes when time has elapsed. They are defined by what they’ve learned, how much effort they’ve put in, and how they behave on the field and after the game.

Solution: It’s perfectly fine to talk about winning and losing, and think about the final score. Please don’t misunderstand us. The outcome is an integral part of the game. But it’s also important to step back and realize that the final score is really only one aspect of winning. Effort exerted, execution of skills, and behavior on the field are of equal importance in measuring a complete victory.

In our experience with sports parenting, when you recognize the various levels of winning and losing, it will almost certainly help you feel comfortable at your daughter’s games. You can score her game differently. Focus on her individual effort and keep track of her passes, shots, or great defensive plays. Basically, you can create a mental highlight reel of your kid’s individual successes on the court and later in the day play them back to her, but not necessarily right after the game. Give her some breathing room. Then later you can say, “You know, I noticed you were doing the pick-and-roll your coach taught you really well this morning. I saw you do it really well five times in the third quarter. I’ve never seen you do it so well before.”

Let’s put this into perspective: Kids forget outcomes quickly. Win or lose, they move on. But what they do remember—sometimes for decades—is if you overemphasize winning and your negative reactions to their losses. ♦