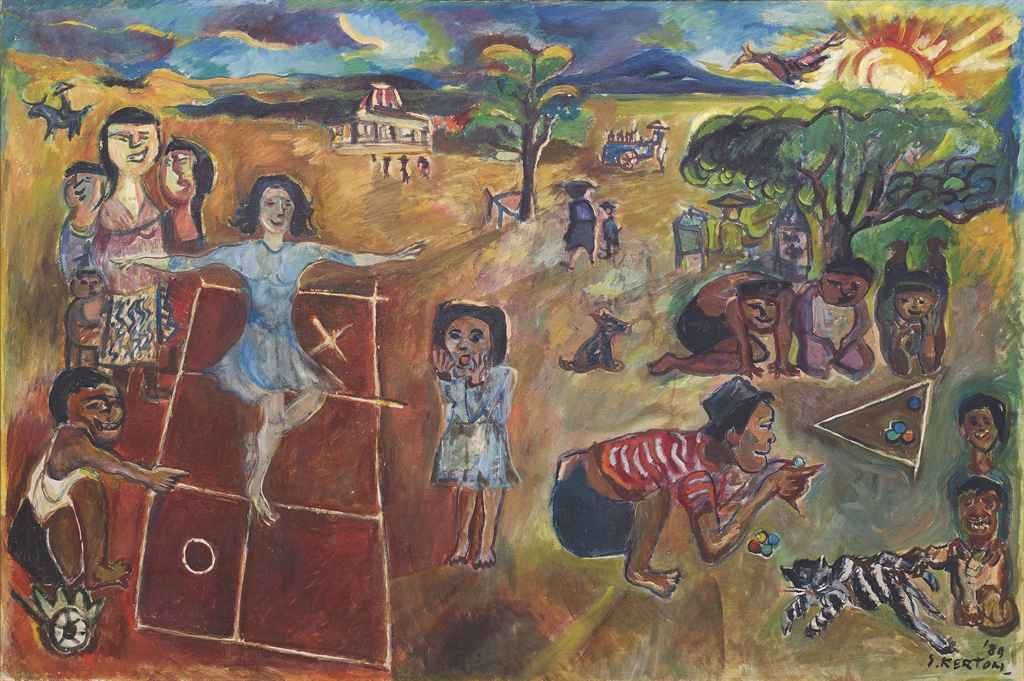 Question: My child is five years old. A lot of the parents around me are busy choosing a sport or sports for their child. But I’m not sure it’s the right time for him to start organized sports yet. Will he miss out if I don’t start him early enough?

Discussion: Consider your hesitation a blessing, and hold on to it for dear life. What your instincts are telling you is that your child’s childhood really matters. Protecting and extending it for as long as possible is one of our biggest responsibilities as parents.

You’ve heard this often, but it bears repeating: Kids today are overscheduled by their parents in hypercompetitive situations they are also overstimulated by an onslaught of media messages, which trigger anxiety about their looks, performance, and potential. No wonder their young minds and bodies are overwhelmed. Children need room to breathe, stretch, and grow at a healthy pace. If we shove our kids into an army of minivans and deck them out in uniforms to patrol the fields of hyperorganized sports when they haven’t yet had the time to enjoy play’s formative stages, we are interfering with their physical and emotional development.

We delve deeper into this in chapter 4, but the timeline goes something like this: Solitary play—the domain of babies and toddlers—gives way to parallel play, in which they experiment playing alone next to others. Then comes the “let’s pretend” stage, during which five- to seven-year-olds dress up as knights and princesses and explore the field of their imagination.

If your child is tossed into structured team play too early, his days of imaginative discovery are cut short. He’s thrust into an environment much like school, where adults govern and rules and procedures are predetermined and inflexible. At this age he needs more free time to explore and connect with the world on his own terms. He’s told what to do enough at school and at home. Some time must be set aside for him to simply play, by himself and with friends, with little outside direction.

As your child reaches the ages of eight, nine, and ten (certainly not five!), he tosses aside his cape and sword and steps across the threshold into what play experts call the “game stage” of play. At this point, he and his friends devise and adapt the games they engage in (like tag, four square, and capture the flag) to satisfy two primary goals: have fun and keep playing for as long as possible.

It’s during these self-directed “pretend” and semistructured “game” stages of play that your child develops the all-important emotional intelligence child experts rave about. Working things out with his peers, your son learns impulse control and cooperation. This is when he is called upon to develop and exercise creativity and adaptability, two key skills that unfortunately have little opportunity to flourish in the command and control universe of adult-oriented youth sports. There, coaches, like their teaching counterparts in school, often scrutinize and control every step of the learning process.

Solution: Sit your partner down at the kitchen table when your son is fast asleep. Share your sports parenting goals. Determine if they align. If one of you is pushing for organized sports involvement, be respectful of that point of view, but delve deeper. Explore the roots of this urge to plunge into the petri dish of organized sports now. Start by taking a step back and asking, “Why do we want our child to play organized sports?” Is it because you hope he will eventually capture an NCAA scholarship? (Fewer than 1 percent of high school athletes do.) Are you convinced that he’s the next Tiger Woods or Venus Williams? Do you feel that if you don’t get him “on the right track” right now, he’ll be at a disadvantage for the rest of his “athletic career”?

If so, consider realigning your goals. He’s five. There’s plenty of time. For every top athlete who had a golf club or soccer ball thrust into his crib, there’s one who took up the sport she now plays with professional prowess when she was twelve years old.

Perhaps you simply want your son to learn teamwork and discipline and how to interact well with other kids. However, you may be introducing him to organized sports before he’s physically developed enough to withstand the demands of practice, or mentally prepared to handle the pressure of competing in a socially demanding setting. That may not be in the best interest of your Whole Child. Peer pressure can be powerful, but don’t succumb just because some of your friends do. Devise your own plan, figure out the appropriate pace for your son, and set a course you are comfortable with.

True, he may be itching to join in (kids do love those uniforms), but you can provide him with the gift of anticipation. Explain to him that, in a few years, he will get to play on a team, but for now you want him to explore other activities. Let the excitement build. He may hound you at first, but hold steady. Set him up so he can experience the joys of free play with friends (see our suggestions for fun backyard and park play in chapter 6), and when you can, take him on exploratory adventures like long walks or hikes and bike rides with Mom and Dad. Let him play his heart out in the backyard and with friends at the park while you sit by, book in hand, ready to wade in if things get too heated or he wanders too far from view. All the while he will be developing the skills—physical, social, and mental—to excel in organized sports when he’s wholly ready to take up the challenge. ♦